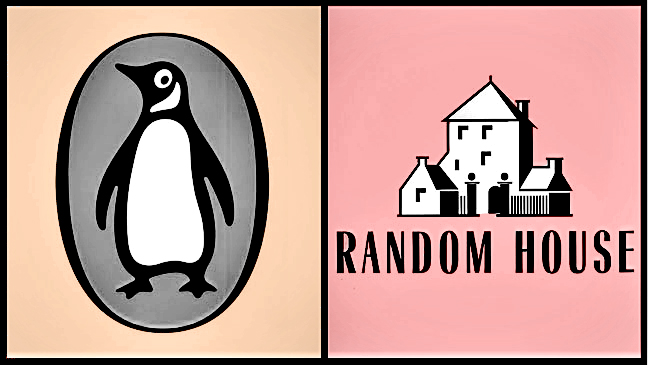 The recent news that Penguin and Random House are merging shouldn’t really surprise anyone. After all, it follows a general trend in the industry towards increasing conglomeration. It’s a move that anyone who’d seen the digital shift in cable TV and music would recognize: digital advances create new markets and opportunities, along with redundancies and restructuring, resulting in a situation in which a company—in this case, Random House—finds itself fairly (if only temporarily) flush. If you believe in the inevitable downfall of the publishing industry, you can think of this as the fun before the storm—while revenues from conventional (print) publishing level off, digital revenues continue to grow. And if you don’t believe in the inevitable downfall of the publishing industry, then you’re probably not reading an article on the merger between Random House and Penguin. Publishing is the Ottoman Empire of industries—no one who’s studied it has any idea how it’s lasted as long as it has.

But is this merger really bad for Culture with a cap C? Does it predict the apocalypse? Does it even matter? Most people have bought a Random House or Penguin book at some point in their lives, and many do with some frequency. To these consumers, a merger will, realistically, have exactly zero impact. The truth is, from a distribution point of view, the buyer side of publishing is already well within the control of a single monopoly: Amazon. The fact that there will be four tubes feeding this beast rather than five probably won’t matter to the customers and audiences who consume the majority of Random House and Penguin titles.

It will, of course, matter to the employees of Random House and Penguin (but I have no idea how) and it’ll also matter to their writers. While publishing houses may have lost their connection with the reading public, their relationship to the professional writers remains. With the recent rise of self-publishing, the majority of writers are no longer affiliated with one of the major houses—but the majority of professional writers, those who make a living exclusively or primarily from writing books, still are. These are writers with past successes, high-profile public personas, and professional relationships or personal connections. They are writers with agents and editors—elite writers, who may publish the minority of books for sale, but whose sales are still the majority of the market. And these elite writers will have one less option. They’ll probably see their advances squeezed even more. Meanwhile, even more mid-list writers and first-time authors will be forced to prove themselves in the erratic marketplaces of triple-A indie presses and self-publishing.

But technology companies have always considered “content creators” (the name corporations like Amazon and Apple like to give the people who actually make the products that make their executive wealthy) to be interchangeable, renewable and entirely replaceable. Unlike with cable television, for example, where companies like Comcast and Viacom maintain a healthy respect for the networks and creatives that they collect, Amazon has made no attempt at vertical integration. Instead, Amazon buys up Zappos or Diapers.com or anyone else who threatens to cut into its share of the consumer market, and shows exactly zero interest in anything related to the content creation side. Amazon is unconcerned with curation, good editing, or a fine narrative, and have proven themselves, again and again, to be disdainful of the industry as a whole. As anyone who follows Amazon’s actions knows, they don’t want to own publishers—they want to make them redundant.

But what if, in the secret catacombs beneath Random House Tower, something else was going on? What if Random House and Penguin aren’t just engaged in an empty corporate exercise on the path towards eventual obscurity. What if they’re not just looking to have a little more leverage the next time they sit down at the table with Amazon—for the ability to push back, just a tiny bit, as Amazon decides how exactly they want to rake them over the coals. What if The House of Penguin is something far more brilliant and cynical? What would that hypothetical future look like?

Combined, Random House and Penguin will control about 25% of the retail market. Now this is significantly less impressive when what you’re really talking about is 25% of Amazon.com’s book and ebook sales. Amazon controls between 80% and 90% of the market—a traditional monopoly is said to occur at 70% market share. Still, 25% is no small shakes. What could The House of Penguin do with that 25%, which includes, don’t forget, all the Steinbecks and Salingers and Nabokovs, etc?

The House of Penguin could try to establish a direct relationship with their customers. Once upon a time, bookstores were the customers—they were buying the books from the publishers and then selling them to the readers and returning the books that didn’t sell. Now, readers are basically buying direct from publishers, but this relationship is moderated and controlled by Amazon. For readers this is, and has been, a really good thing. Publishers were not and are not set up to be shopkeepers, but now that the heavy lifting has been done, could The House of Penguin attempt to go directly to their audiences the way that, say, Louis CK, Radiohead and OR Books do? Probably not. The nature of most of the big houses is that they neither complete (like Amazon) nor select (like Scholastic). Consumers look for buying experiences that are exhaustive within a category, and despite controlling 25% of the market, they could never create direct-to-consumer platforms—whether retail stores or online equivalents—that could compete. But they could…

Embrace publishing upstarts like reKiosk and Powells (full disclosure: I am one of the founders of the former). In this scenario, The House of Penguin could pull out of Amazon altogether in favor of some of the alternative platforms that are emerging to distribute digital media. This could send a strong message, because Amazon doesn’t have a monopoly on the means of distribution, but rather relies on customers’ habits and their own legacy to maintain its control of the sector. This would basically undermine Amazon’s ability to be exhaustive; it would also force other publishers to also adapt to these more open distribution platforms—and could potentially even break the Amazon monopoly.

The House of Penguin could refocus, turning their attention away from author development and towards a strategy exploiting its existing IP. Following the lead of Marvel and DC, The House of Penguin could begin to think of its catalog as a stable of battle-tested stories to be exploited for television, movies and video games. The House of Penguin would be wardens of some of the twentieth centuries greatest tales—complete with exhaustive sales analytics—and yet the only thing they seem to be able to do is get another Philip K Dick movie made every year. Why, for example, has Aaron Sorkin never written a Philip Marlowe movie? Why is there no Flashman TV series? Why don’t we have Gravity’s Rainbow the video game already? Come on, people…

They could embrace free culture. Let’s say that this change comes quick—let’s say it takes just eighteen months to become reality. In eighteen months, by Moore’s Law, computers will be twice as fast as they are today—and today it would take me about fifteen minutes to download the entire Penguin classic catalog. That catalog is being sold for $13,400.00 on Amazon and, by the time Penguin and Random House merge, I could have it (illegally, of course) for free in about eight minutes. What if the House of Penguin decided to embrace free culture and allow the entire back catalog of Penguin and Random House to be available, for free, in digital version, to anyone with an internet connection? What if they went one step further, and allowed people to remix, adapt and reinterpret these catalogs? A lot of the evidence on piracy cited by free culture advocates, as well as the only definitive report on the subject released by the non-partisan Social Science Research Council, suggests that a move like this could actually have a positive impact on the revenues of The House of Penguin as digital versions, freely distributed, would not cannibalize print editions but would, in fact, increase the total market of readers. And smaller experiments by science fiction publishers TOR and Baen seem to support this argument, but who knows. The fact remains that Amazon is the biggest proponent of DRM and anti-piracy initiatives out there and, as a publisher, you should probably be against anything that Amazon is for, just as a matter of principle.

The House of Penguin could have a fire sale. Predicting a world where people stop paying for content altogether, they could cash in on their titles, one by one, while they still have some value. If the publishing singularity occurs sooner than we think it will, perhaps the merged mega-publisher should have a sale of the titles and rights of its authors, one-by-one. Imagine being able to bid on Fitzgerald, Marquez or even Fifty Shades of Grey? Individuals could collect publishing rights the way that some people collect domain names, and each person could chose to sell, exploit, or make available these works in any way he or she sees fit. In this scenario, Ayn Rand would break all the records.

Of course, none of this is likely to come to pass. The legacy publishers will probably keep adapting, ever so slowly, to the current digital climate the way they have been for the past decade. Like classical music foundations, they’ll continue to be well-endowed bastions of civility in the wild, apocalyptic landscape of self-publishers, independent writers, indie presses and mom-and-pop content creation shops struggling against each other, trying and mostly failing to scrape two cents together but creating a wild, wonderful, mess.