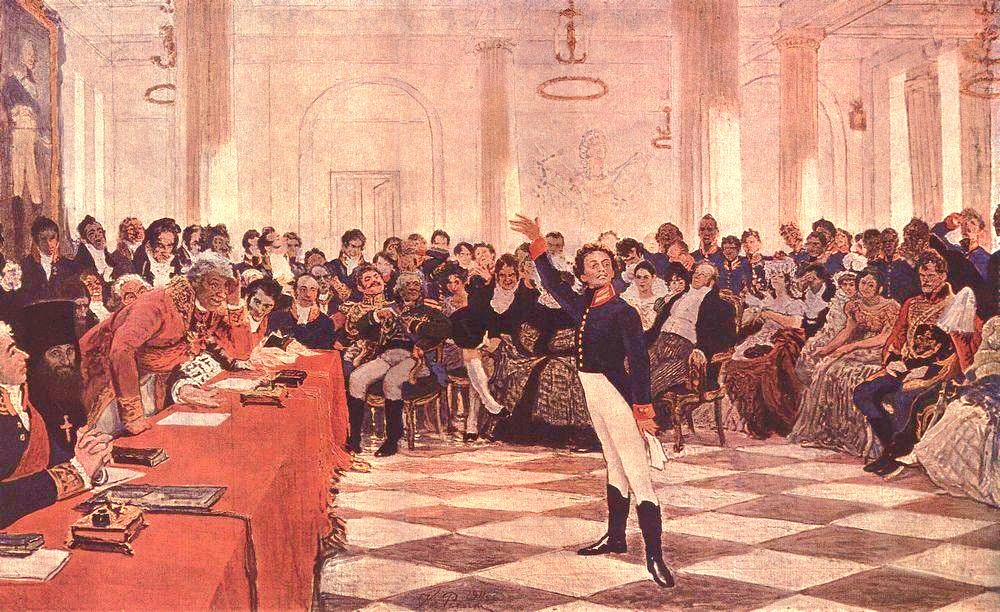 Why is poetry these days so hard to remember?

In my twenties, I decided to try my hand at memorizing an entire poem—mostly because I seemed to constantly find myself stuck at some boring public event (panel, seminar, concert) where pulling out a book would be rude. To fill my new mental hip flask, I selected the liquor of Tennyson’s “Ulysses,” which follows the retired hero’s thoughts as they build up from inchoate yearning to the famous resolve “to strive, to seek, to find, and not to yield.”

The first step in memorization is to read your target piece over and over as many times as possible. To involve my body physically with the process, I printed it out and traced the letters with my finger as I read, simultaneously whispering the words under my breath (subvocalization, I had read, activates different brain systems and improves the quality of recollection). Once I’d gotten fragments of the poem down, I tried writing the words out longhand, but found both my hand and mind cramping up from lack of practice. Clearly I needed a different approach to physicality, and eventually it found me on the long walks I used to take around the Queen Anne neighborhood of Seattle. As I wandered, lines from the poem came unbidden into my mind, until each physical step turned into a metric foot.  I walked, stopped to peek at the worn-out printout, and walked again. Slowly, I increased the number of lines I could recite between glances.

It could have been any rhythmic physical activity, really. My friend Juliet Clark told me, “I remember reading, years ago, about a person who memorized poetry while swimming. She would print out a copy of a poem, laminate it, and tape it to the end of her lane at the pool. She worked on a line during each lap, repeating the words in her head until she got back to where the poem was. The length of the poem would determine the length of her workout that day. I seem to recall that she favored the Romantics.” The point is that the more senses you draw on during the process of memorization, the more effective the end result—thus, hearing the words in your mind, visualizing the imagery, copying the lines into your notebook, reasoning about how the poem’s argument evolves from verse to verse, chunking words together into quotes and phrases, all of this helps, but it then also becomes more apparent that the key ingredient in memorization is time—time to read, re-read, and slowly let your thoughts steep in the words.

I learned from Catherine Robson’s book Heart Beats: Everyday Life and the Memorized Poem that the recitation of long poems, in its inception, was primarily a tool to improve people’s memory in order to ultimately improve their knowledge of Biblical verse. But as religion receded in importance, recitation became a goal in its own right, accorded its own justifications. By the beginning of the nineteenth century, classroom recitation was seen as important largely because it would improve one’s self-confidence as a public speaker, delivery, and elocution. As the century wore on, the benefits to the individual were further emphasized—qualities like building self-discipline through hard work, improvements to physical health and posture—though other rationales persisted, like the maintenance of a shared storehouse of cultural knowledge.  These days, memorization, like corporal punishment, is something our culture has largely evolved beyond.  We might all know the first verse of Jane Taylor’s “Twinkle, Twinkle, Little Star,” but beyond that it’s hit and miss. In the age of search engines, perfect recall is no longer prized—just remember a couple key search terms and we’re good to go. Learning to remember has been replaced by learning to skim, and when yesterday’s viral video or trending tweet scrolls below the fold, it leaves barely any imprint on our collective consciousness.

In fact many argue today that recitation actively hurts poetry.  Ron Silliman complains: “To recite a poem, one is required to have the whole of it in mind, to be ever vigilant as to one’s position—the way an actor has to be on stage—with all of its past and its future right at the surface of awareness. One is perpetually other than present with the text at hand.” (In contrast to this idea, Silliman posits an ideal of poetic “mindfulness” where the reader can live in a sort of eternal present as the words wash over her.) Further damage can be dealt to a poem by amateur reciters (as opposed to actors) who may end up delivering the line in a singsong fashion, coercing the poetic line into a strict meter which may not be entirely natural. Thus a blank verse line from Hamlet, “Thus conscience does make cowards of us all,” when recited, can take an exaggeratedly ta-TUM, ta-TUM quality: “Thus CON-science DOES make COW-ards OF us ALL.” The rhythm of that delivery compromises the meaning of the text by putting an unnatural stress on the words “does” and “of,” and causing us to mentally de-emphasize the more important words “make” and “us.” In fact, the whole question of meaning can recede into the background, since rote memorization can and often does accompany a lack of understanding of the poem’s actual meaning.

Unsurprisingly, then, many of today’s prominent poets seem to be writing poems that actively resist memorization. Take John Ashbery, for example, whose “Self-Portrait In a Convex Mirror” I next decided to test my memory against. As I walked uphill, repeating Ashbery’s lines to myself, I found them as slippery as an eel, almost Heraclitean because it’s so hard to say the same line of Ashbery exactly the same way twice. Here’s a passage of his I’m particularly fond of, part of the second stanza of his piece “A Tone Poem”:

But it is the same thing we are all seeing,
Our world. Go after it,
Go get it boy, says the man holding the stick.
Eat, says the hunger, and we plunge blindly in again,
Into the chamber behind the thought.

There is a hint of meter here—the second line can be scanned as iambic trimeter, and the last line of my selection, “Into the chamber behind the thought,” ends with two dactyls and two iambs. To my ear, that is by far the strongest line of the poem—the most charged with meaning, the most memorable—and its rhythmic scansion is no small part of that. Generally speaking, Ashbery’s work has some rhyme but absolutely no predictable rhyme scheme; his writing is rhythmic mostly at the points where he wants to underscore the sentiments in question. However, would that line have as much power if the lines that precede it weren’t so jagged? Let’s try taking a butcher’s cleaver to the piece, evening out the rhythm and adding a rhyme scheme:

We look at our world and it beckons us all.
Get it, boy, says the man with the ball.
Eat, says the hunger. We plunge in again,
Into the chamber behind the brain.

The poem overall becomes catchier and predictable, more song-like even, which makes it (at least for me) much easier to remember. But it also just seems bad. For one thing, it loses some of the whimsy and informality that our ear has been trained to love over the half-century since Eliot’s instruction to “seek the non-poetic, to seek even material refractory to transmutation into poetry.” For another, we’ve developed a collective allergy to the “ta-TUM ta-ta-TUM” of the strictly metered line; it makes us think of nursery rhymes and doggerel.

Unfortunately, that strict meter we dislike was a pretty valuable mnemonic tool. Memory is reconstruction, and when we recite, we must reconstruct from the pattern of rhyme, internal rhyme, and meter, and from the remembered sensations of our throat muscles articulating the phonemes. During the era of rote memorization, poets generally used predictable and memorable formal techniques where “rhymes hinted at their partners and sense—and small remembered groups of words—contributed enough to restore the whole … as satisfying as solving a crossword clue” (from “Gray on a White Night: Reconstructing the Elegy through the Small Hours” in the London Times of April 22, 1960 according to Heart Beats). As a result, memorizing free verse poetry often feels like solving a crossword with only half the clues.

It becomes even harder in a culture where writers actively fight against the appearance of artifice, and often instead strive for an informal, offhand tone, with that hint of clumsiness that lends a certain authenticity to the voice. It turns out this is a quality that makes the reciter’s job that much more difficult. How can we maintain a scrupulous fidelity to an intentionally haphazard text, when it’s so hard to distinguish the author’s deliberate awkwardness from awkwardness introduced by our own honest mistakes? In the Ashbery poem above, did the phrase go “again we plunge blindly in” or “we plunge in blindly again”? One ends up rationalizing that in a tradition of oral poetry, mistakes in recitation wouldn’t be seen as blunders necessarily—just an embroidery on top of the tradition. After all, why should we privilege a fixed text over one smoothed by remembering and misremembering? But, at least for me, this was a case of sour grapes.

Eventually I got tired of the Tennyson poem, neglected my memorization practice, and quickly forgot the bulk of it. The other poems I wanted to carry with me kept on slipping out of my fingers. Here’s all I have left: there are some poems I love and come back to over and over, and scraps of their lines start to drift into my head between readings, and get all mixed up with whatever other garbage is in there—Cat Power lyrics, ad slogans, greeting card messages, and assorted other poem-ish linguistic detritus. Out of that mishmash, the lines that float to the surface are often the ones most charged with meaning, both emotionally and musically, often with a self-contained aphoristic quality. Today it’s the poet Ruth Forman, urging: “speak what you know without translation / stand without negotiation.”

I recently attended a tea ceremony at my local Buddhist sangha. We sat in a circle, mindfully sipping our tea, and were encouraged on to share something meaningful with the group—a quotation, a handcrafted object, a poem… I struggled to reconstruct from memory one of my own poems I’d written not two months ago, and failing, finally resorted to the surreptitious consultation of my smartphone. In the meantime, a trim, silver-haired man started to recite Derek Walcott’s poem “Love after Love.” It’s a short poem, scarcely as many words as a sonnet, and though it’s written in free verse, it has its own internal structure, signaled by repetition, that acts as a mnemonic. The paradox at the center of the poem is exposed in a pared-down, intentionally simple grammar which is the very opposite of Ashbery’s sprawling informality. Three imperative sentences in a row begin with “Give”: an easy sequence to remember. Wine, bread, and heart: an easy sequence to remember.

Give wine. Give bread. Give back your heart
to itself, to the stranger who has loved you

all your life, whom you ignored
for another, who knows you by heart.

The reciter’s gaze was resting in the air in front of him as he talked. I have no idea how accurate his reconstruction of the poem was—whether what he recited differed from the original text, if at all. To us listeners, spellbound by the beauty and simplicity of his words, it just didn’t matter.