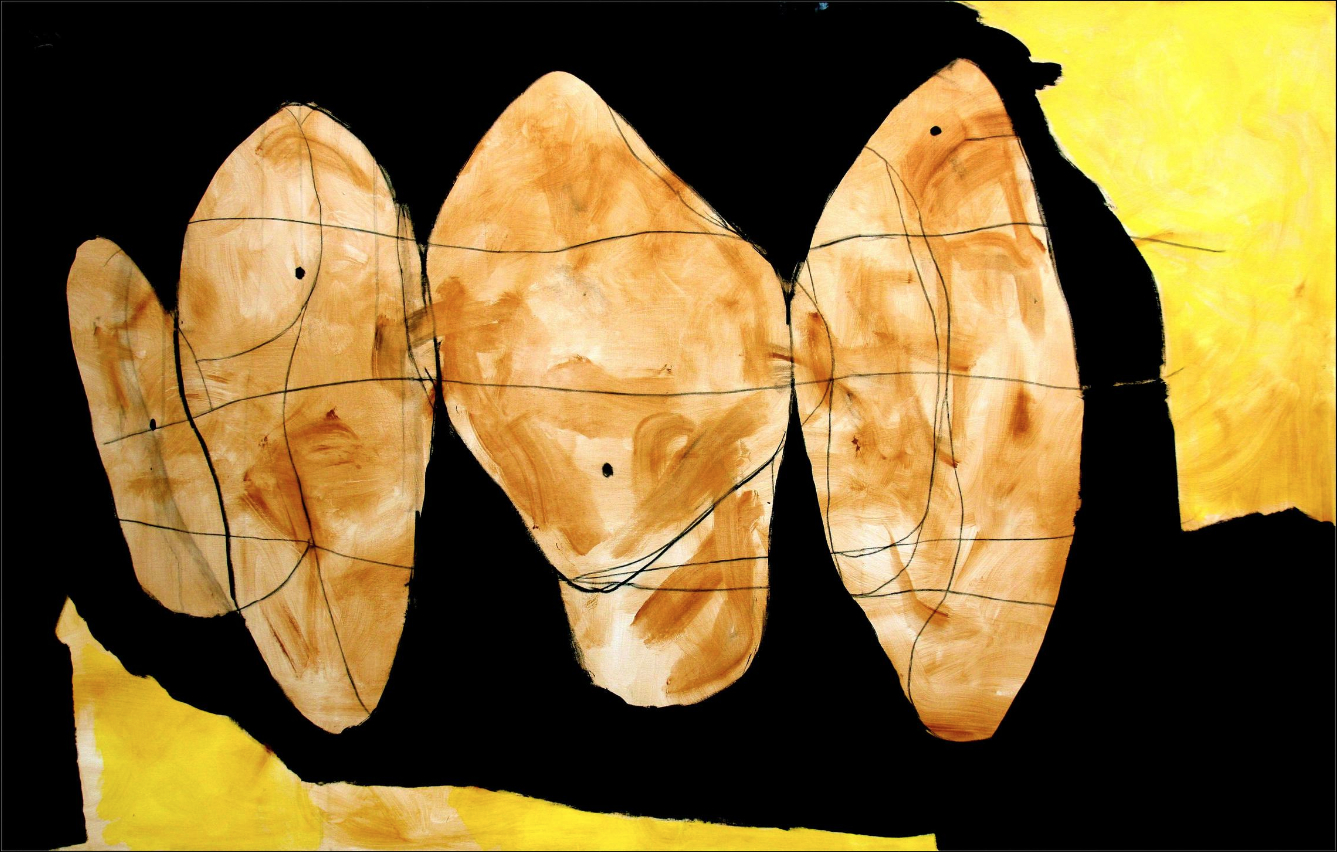 Selections from Dean Young’s portfolio of seven new poems, appearing in Vol. 1 No. 1 of the American Reader, available here.

I Don’t Think We Can Still Be Friends

So few fathom what I take in my tea
Yet all that is diaphanous is easily rent
Though difficult to thoroughly dispose of;
Only the emptier parts, shot through
With no glittery threads, dissolve
In the chronic dawn, free from recycling.
I’ll miss you not knowing what I’m talking about
So companionably, entertaining the same pangs
But not your florid screaming anymore
Than I’ll miss my own. I’m not sure
No one’s to blame. After all those bogus
Water-cures, cross-examinations of shadow’s
Childhood, exchanges of ink, maybe all
That’s left is attempting a habit
Of good posture. Alone now with my hammer,
Perhaps it’s just the wing-beats of another
Delirium that unanchors this mortar.
Wasn’t much of a monument anyway.

We Set Out For The Lost Stream

Among us Lady Archer and her flower retinue,
Lord Squabble, an avid charter of comets
And admirer of Casper David Friedrich,
Fifty beaters of motley tribes and myself,
Guide. To each the stream meant something
Private and only partly known like the meaning
Of dreams. The jocularity attending the outset
Of such journeys segued into ghost stories
And thumb-piano elegies around the evening
Brazier in a blur of weeks, fetid months and
Buoyed us through those snake jerky nights,
The Lord’s queasy brush with quicksand
And subsequently hinky convalescence
And the sudden desertion of the beaters
At some invisible border marked only by
A velvet rope. Even for me the time came
When I longed for home even if it meant
No more than a cheesesteak by the wharf tossing
Quarters to the shrine monkeys for laughs.
We’d dodged the blowguns of yodeling savages
Who had never beheld a lady with such a blanched,
Large head and sought it for their totem pole.
We’d persevered through an infernal wait
For a table at Maxime’s and a tax-audit
By a donkey-smelling malcontent suffering
The onset of masturbation-induced blindness
Yet all we’d found of the stream was a few
Damp stones, probably just tear-soaked.
But certainly we were not the first nor the last
To be eluded of our goal and surely the most
Heroic search is for what can never be found.
It is with such blather I now steel myself
For the modest comforts of a motivational
Speaker’s life in these my ebbing years.

Tonight when I look out the hotel window,
The bells inside me are quiet but
They start up again walking through the park
To the statue of the sun stepping on
A giant crab. Sunset wears a crown
Like a wound wears a crown.
Even I believe in something
When looking into water at sunset.
Even then the gods are at work.
The eyes see something beautiful beyond,
The shells of snails twirling like a galaxy
Made from a mathematical formula
Like a flame trying to become a rose.
Remember when Adam wanted everyone
To put on clown make-up to meet
His brother at the airport?
And that night Matt showed up, blood all
Over his face, laughing and soaking wet
When it wasn’t even raining? It all
Makes sense, promise the physicists,
Piling on more and more dark matter
Like in a Lou Reed song. Please please
Please, peels the oblongata.
What the fuck with everything.